In the first of our blogs from the Legal Project, Jess explains what it means to be a 'refugee' 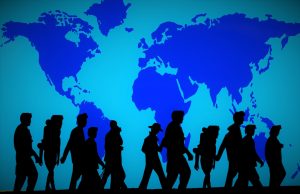 Around the world JRS has a mission to accompany, serve as companions and advocate for the rights of refugees and other forcibly displaced persons. We walk alongside individuals who have made the incredibly difficult decision to flee their homes as they no longer feel that they are safe. Many will enter other countries in an attempt to find the security that was taken away from them. However, not all of those whom we encounter would be seen as refugees in the context of international law.

So who is recognised as a refugee in law? Why are some individuals given the protection of refugee status and others not? Surely any individual fleeing war is a refugee?

In the first in a series of law blogs, we begin to clear up some of these common questions.

Who is a refugee?

There are many definitions of a refugee, ranging from the most restrictive to the most inclusive. The definition which most people – and states – recognise as the working definition is in the 1951 Convention Relating to the Status of Refugees (“the Convention”). Its most commonly referred to as the ‘UN definition’. 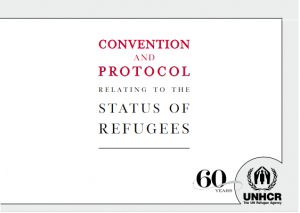 This is a lengthy legal definition. There’s an awful lot held in those 81 words which we need to break down. Taking it phrase by phrase:

Understanding what those 81 words mean is the start of grasping the complexities of international law governing refugees. The assessment of whether someone meets the criteria set out in these  words requires the analysis of constantly changing country information and case law as well the application of national and international legislation and policy, which is also constantly developing. If an individual is found not to be a Refugee within the strict confines of the Convention, they might still be given sanctuary on other grounds, but the criteria are, again, very specific.

What is humanitarian protection? 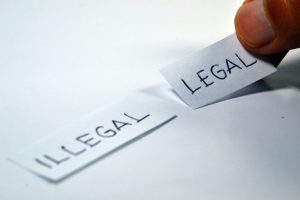 In UK law, if someone is not found to be a refugee within the strict confines of the Convention, they may be considered for a grant of Humanitarian Protection under the UK Immigration Rules. This is meant to ensure people are not returned to their countries to face the death penalty or torture or in serious civil/international conflict situations. In most countries the determination of refugee status – deciding who is and who isn’t a refugee – is carried out by the government. It is a general legal principle that the burden of proof lies with the person submitting the claim (the applicant), and in refugee cases this is no different. However, it is usually unlikely that an applicant will have all of the documentary evidence that might support their case, especially when many people arrive without personal documents[5].

Due to this, UNHCR recognise that the duty to establish the facts is shared by the applicant and the examiner (in the UK, the Home Office), and in some circumstances the examiner will have to produce the necessary evidence.[6] But as we know many may be found not to meet the strict legal criteria for recognition as a refugee.

If you felt unsafe and had to flee would you take the threatening letters you’d received with you? Would you have had time to take photos of the threats of violence you were receiving?

Who is a refugee at JRS?

In the UK and across the globe, JRS works with individuals who are in need of help and support even if they do not meet all the criteria of the Convention. For those with whom we work, this definition of who is a refugee is too restrictive and would leave many individuals without support. JRS therefore extends the definition of ‘Refugee’ to include victims of armed conflict, erroneous economic policy or natural disasters; those persecuted for humanitarian reasons; and to those internally displaced who have fled their homes but not actually crossed any borders.

In our next blog piece we will look at the legal issues people seeking protection in the UK face, how cases are decided and the implications of these decisions for those we seek to assist.

[3] The Regulations further detail each of the Convention Reasons


Jess Javaherian is a qualified solicitor and senior legal caseworker at The Legal Project.

The JRS UK Legal Project has been running since January 2019 and provides specialist legal advice, representation, support and training to destitute refugees.